The best way to reduce our time commuting to work is to look at where we can afford to live. With increasing housing prices, some San Mateo County residents must move farther away from their jobs and communities and commute back to work. In San Mateo County (SMC), the average resident spends 54% of their income on housing and transportation costs. The costs are further exacerbated for commuters who are dependent on public transportation to get around (transit dependent). In addition to lacking access to a car, transit commuters, on average, have lower median earnings than car commuters. The average transit commuter makes $6,530 less than his or her neighbor who commutes by car1.  A 2017 SamTrans customer experience survey found almost 70% of current riders lacked car access. Lacking access to a vehicle requires using public transportation for commuting to work, leisure activities, accessing grocery stores and doctor appointments, and school. While for some public transportation is a great option for getting around, for others access to public transportation is the only option.

San Mateo County has many public transportation options including rail and buses, and regional transfer and connection points, such as Daly City, Millbrae, and the San Francisco International Airport connector. Despite the regional connections, BART ridership has been declining, and along with it, SamTrans ridership has also been declining. And while Caltrain experienced an overall increase in ridership from 2004-2016, in 2016 the percentage of increasing riders is slowing. Decreased public transportation ridership is by no means unique to SMC, but is part of a larger national trend for decreased ridership across large U.S. cities (with a few exceptions). While these declining ridership trends tend to be explained by factors such as increased ride-hailing usage (such as Uber & Lyft), costs, and service frequency, another reason is the lack of transportation options that work for varying schedules.

As new jobs continue to outpace new housing, more people than ever are commuting to SMC every day for work. Even living farther away, a car can sometimes be the quickest way back into SMC for work, despite the distance, bridge tolls, and traffic. Some commuters are now spending 90 minutes to get to the Bay Area for work, and commuters on the San Mateo-Hayward bridge, which has been increasing since 2009, are evidence of these “super commuters.” This connection between housing and transportation is now crucial in SMC to understanding the growing time spent sitting in traffic on our roads and highways.

Yes, we need increased public transportation funding for local options, such as SamTrans, but if local riders are moving out of the county in search of cheaper housing, then all the high quality transit in the world won’t bring them back. We need integrated problem-solving that bridges both affordable housing and affordable public transportation options. Get Healthy SMC staff are currently supporting local efforts such as the County’s Home 4 All initiative that has a specific workgroup focused on the intersection of housing and mobility. This workgroup recently held a convening featuring a panel of local city staff and developers with some great practices to increase housing and mobility options. Get Healthy SMC is also providing a health equity lens to the analysis of a potential November 2018 sales tax, Get Us Moving, in an effort to connect good land use policy with good transportation policy. Building healthier neighborhoods allows all our residents to spend more time with family and friends and not in traffic. 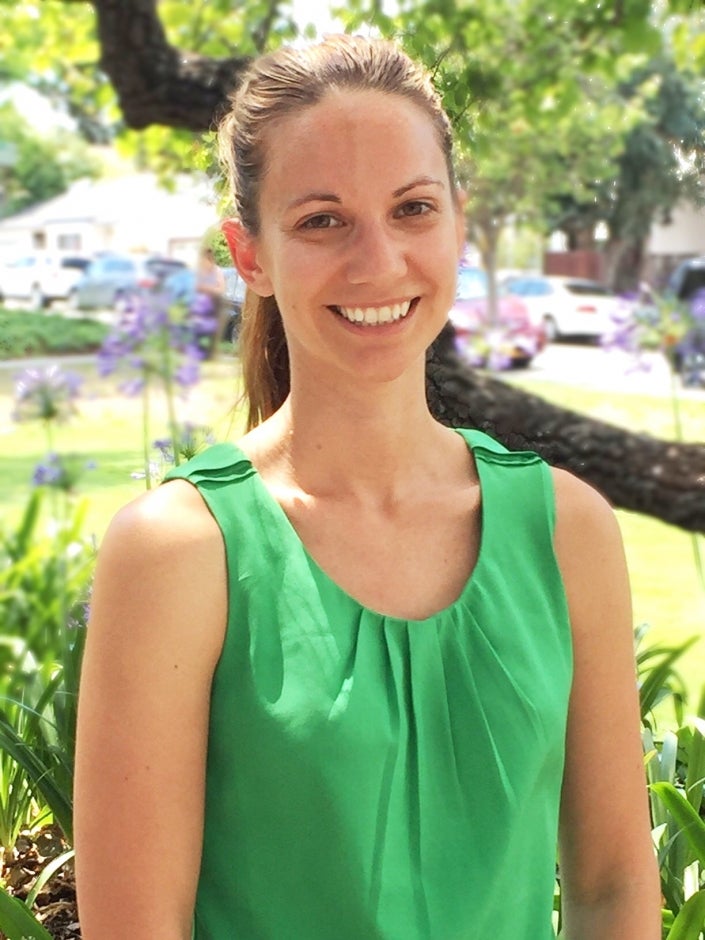 Heather leads the transportation work at HPP. This includes expanding options for active transportation such as walking & biking and public transportation access. She also supports the healthy housing work by serving as staff on the countywide Home For All initiative’s Outreach & Education workgroup. Heather holds a PhD in city and regional planning with an emphasis on public health and planning.